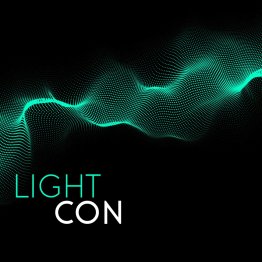 More than 500 participants from all over the world will visit Milano, Italy to join more than 150 presentations from industry and research.

‘Bringing the automotive, supplier and steel industries together’ is one of the two goals behind SCT 2022. This motto reinforces what the modern steel industry is all about: partnerships across value chains being made up of industry, research and development professionals.

The second motto of SCT 2022 is: ‘Future trends in steel development, processing technologies and applications’. The ability to steadily innovate one of the traditional and most innovative materials for industrial use is reflected in the increasing amount of steel being consumed across the world. Steel delivers a lot of solutions for solving such future global challenges as living and mobility in megacities or the preservation of material resources due to steel’s excellent possibilities for recycling.

Following the success of two independent Congresses - the

The 8th ECIC sets the focus more on practical, plant operational results and plant construction and the 9th ICSTI more on fundamental research work and evaluation.

Both events will provide a forum for best practise and state of the art technology, new developments, new ideas and research results.

Between 500 and 700 experts are expected to attend. An important exhibition area will bring together key equipment suppliers from the ironmaking and cokemaking industry. 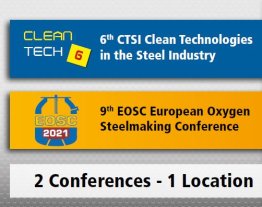 Following the success of two independent Congresses - the

will take place in Aachen 2022 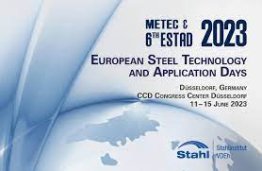 Only those who continue to develop their businesses remain competitive. The prerequisite for this development means being constantly informed about the latest and most sophisticated technological advances, exchanging ideas and initiating and expanding networks with clients, partners and suppliers. The 6th European Steel Technology and Application Days (ESTAD) 2023 ran in parallel with the METEC Trade Fair.

The Steel Institute VDEh and its partners offer visitors the perfect opportunity to reach their objectives. At this event you acquire the latest information on new ideas and developments as well as on the state-of-the-art in metallurgical process technologies for iron and steel production, steel materials and steel application.